Calligraphic logo for an electric heater called “Deva”, which aims to be used on the product’s advertisement and visual communication. It was commissioned by Radialight.

The product’s design refers to India and Middle East’s art and culture, so the letterforms should have an Eastern/Indian taste. My main reference was Indian sanskrit calligraphy, from which I took inspiration for the letter shapes. I made 3 different versions of the script: the first and the second written with a broad-edged pen, the third written with a flat brush. The client chose the second proposal, which I subsequently vectorize. 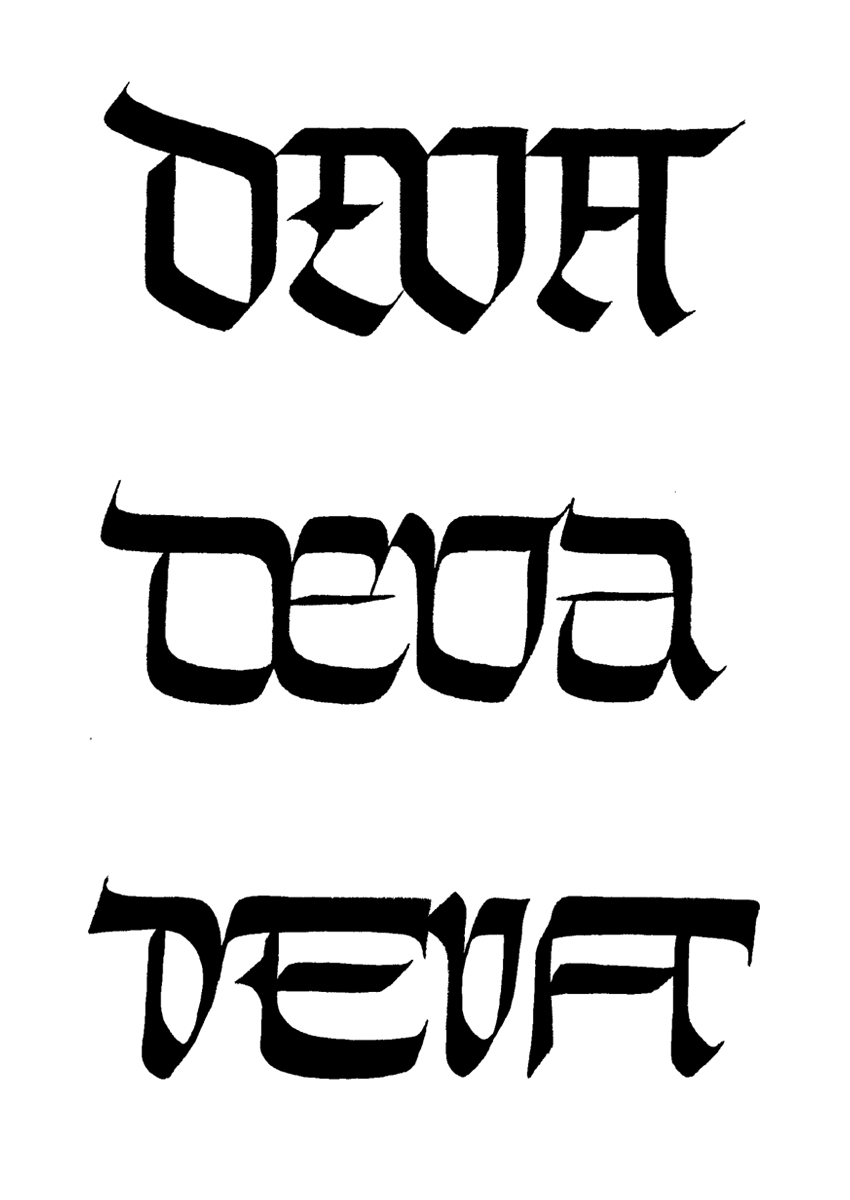