This is my graduation project, designed during the Editorial Design Laboratory at Politecnico di Milano.
The brief was to redesign an existing book in a new “visual book” edition. A “visual book” is not just a simple support for the text, but an editorial product which can extend and amplify the meaning of the text through a focused and accurate use of paper, type, binding and package. An object-book that could not only be read, but could also be “watched” and “touched”.

The assigned book was “Il Cardinale Pölätüo”, a highly experimental non-sense novel, published in 1961 by the Polish dadaist writer Stefan Themerson. It narrates about Pölätüo, a Cardinal who fight against his enemy, the Science, trying to defy it with his “Philosophy of Pölätüomism”. The novel contains several situations, characters, thoughts and historical events. Themerson, in a pure dadaist style, plays with all the elements of the novel: situations and characters are mixed up, and the plot is first structured and than destructured.

Stefan Themerson was not only a talented writer: he worked also as a graphic designer and typographer, so originally the pages’ layout was designed by the author himself. In his conception, typography would be used to highlight and amplify the meaning text. We can call it “interpretative typography”.

In the new edition, I designed a new layout, but trying to replicate the original formatting and arrangement designed by the author. For the chapter opening pages, I arranged the texts like an old book frontispieces. I decided to use a second purle/red colo which refers to the color of Cardinal’s robe. That color has been used in many parts of the book: cover and back cover, chapter opening pages and in the wire binding.

This chapter is written in form of an epistolary novel: «Florilegio di lettere» contains 10 letters send from the Cardinal to his biographer. I re-designed it as a booklet of letters bound together. To read the chapter, you have to turn the book of 90°. Each epistle looks like a real letter. The booklet has been printed on a rough and refined, paper. Singer sewn binding by Legatoria d’arte Giovanni Codina. 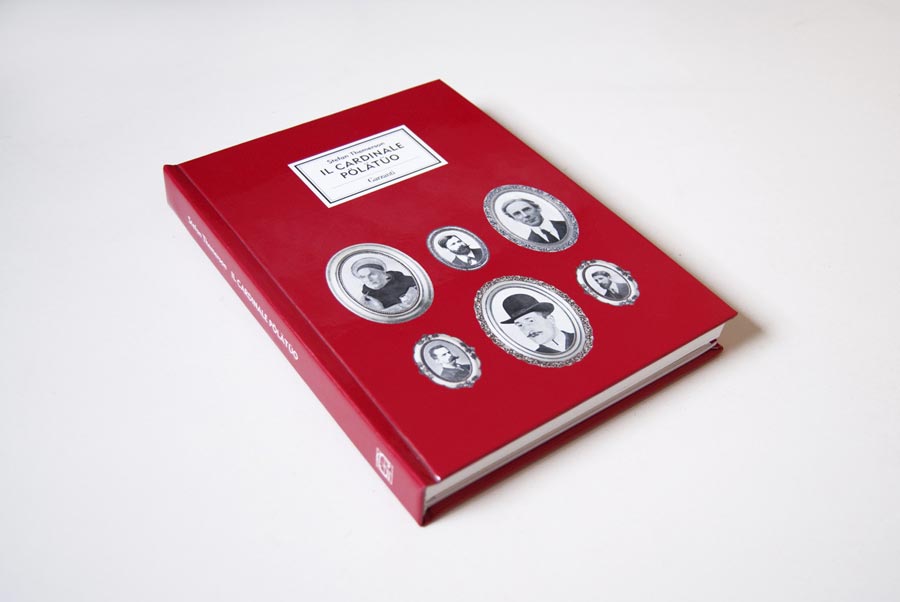 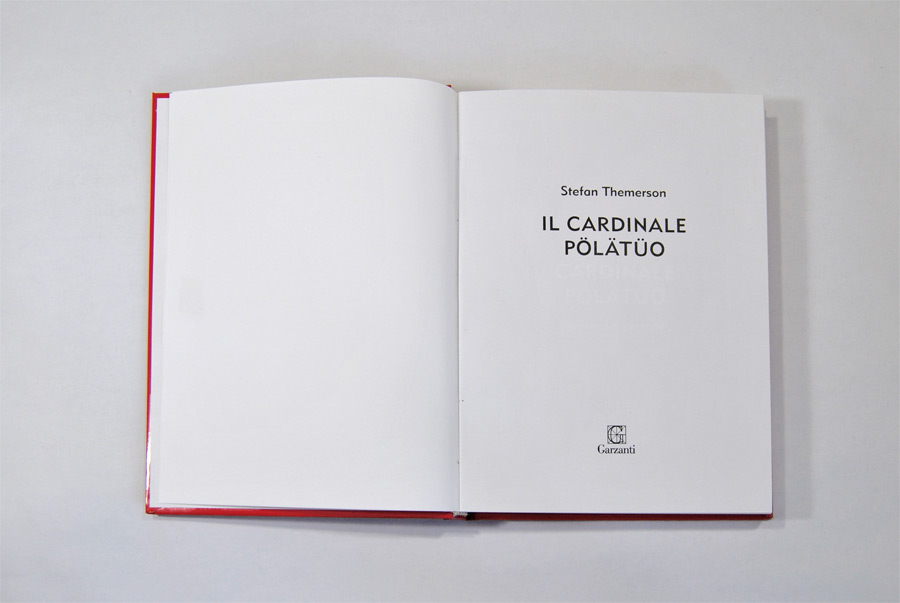 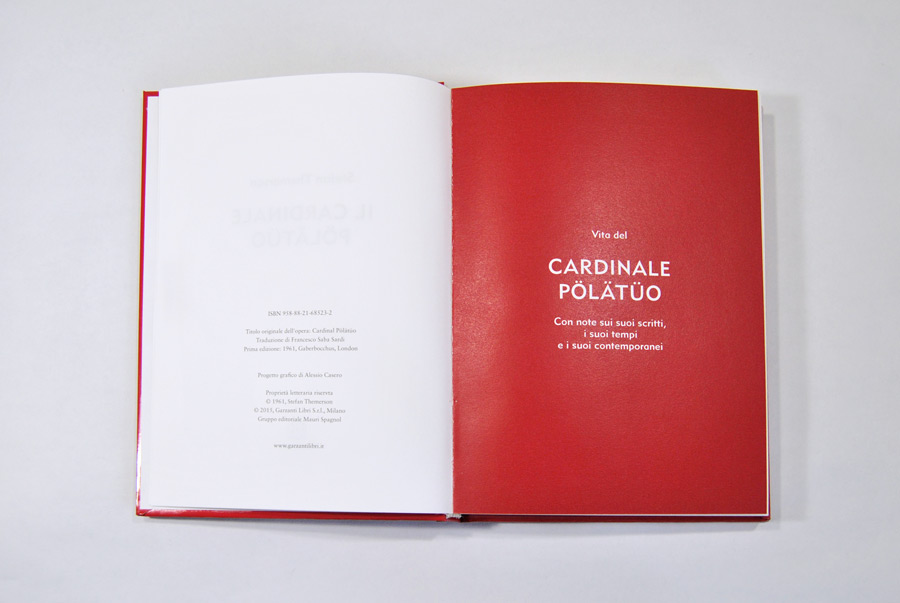 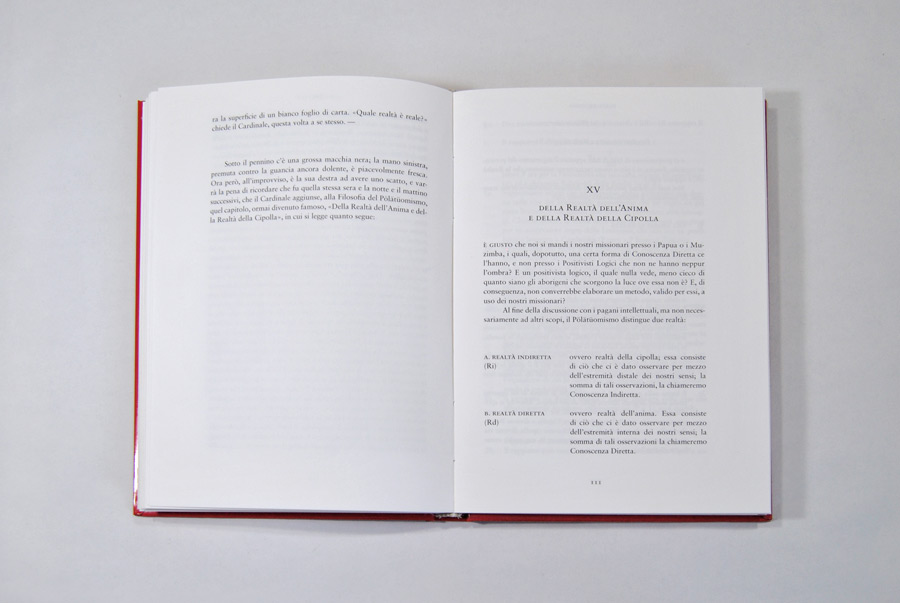 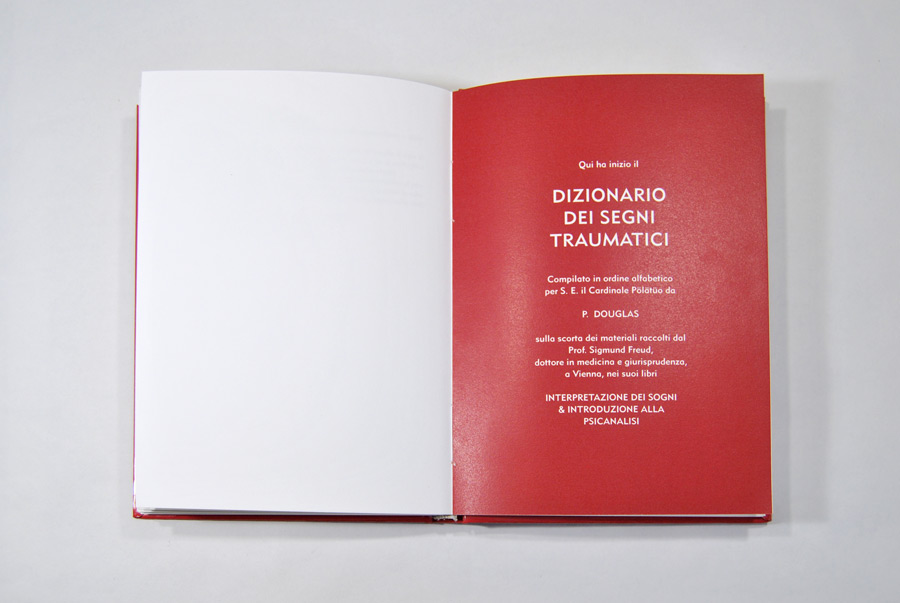 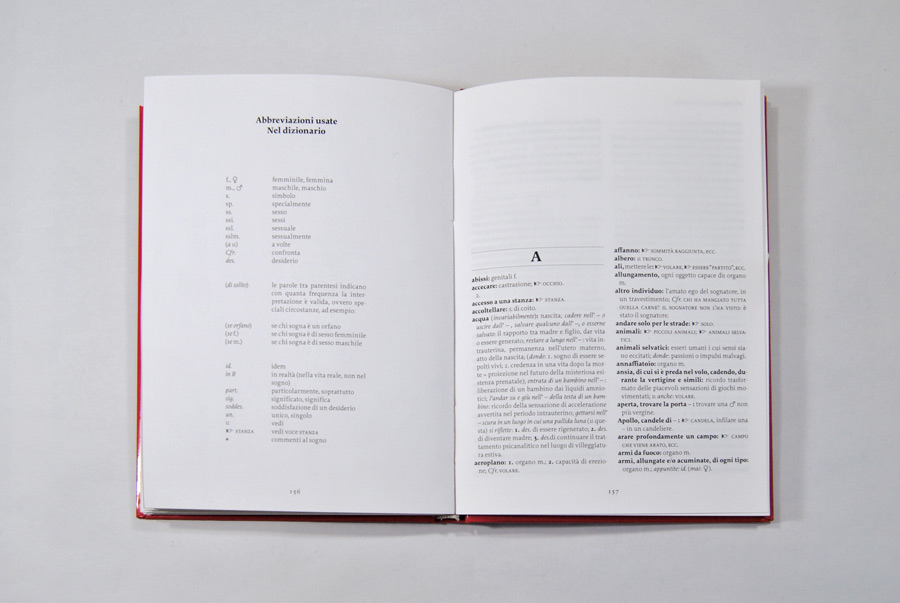 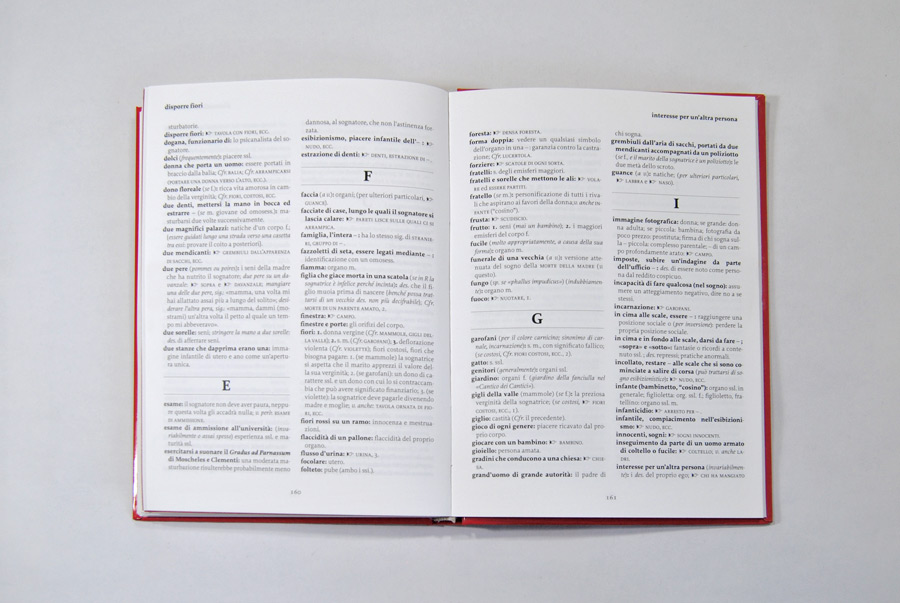 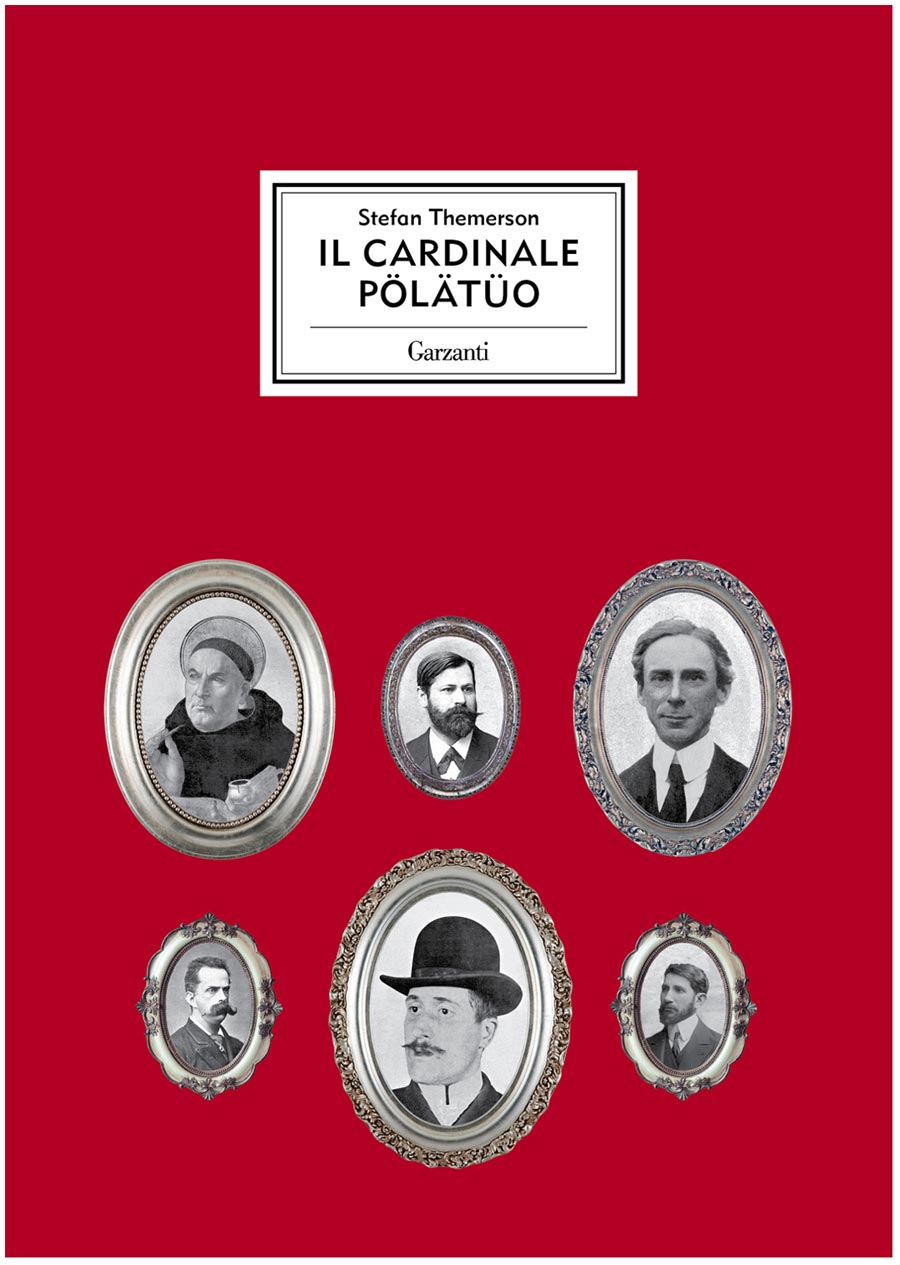 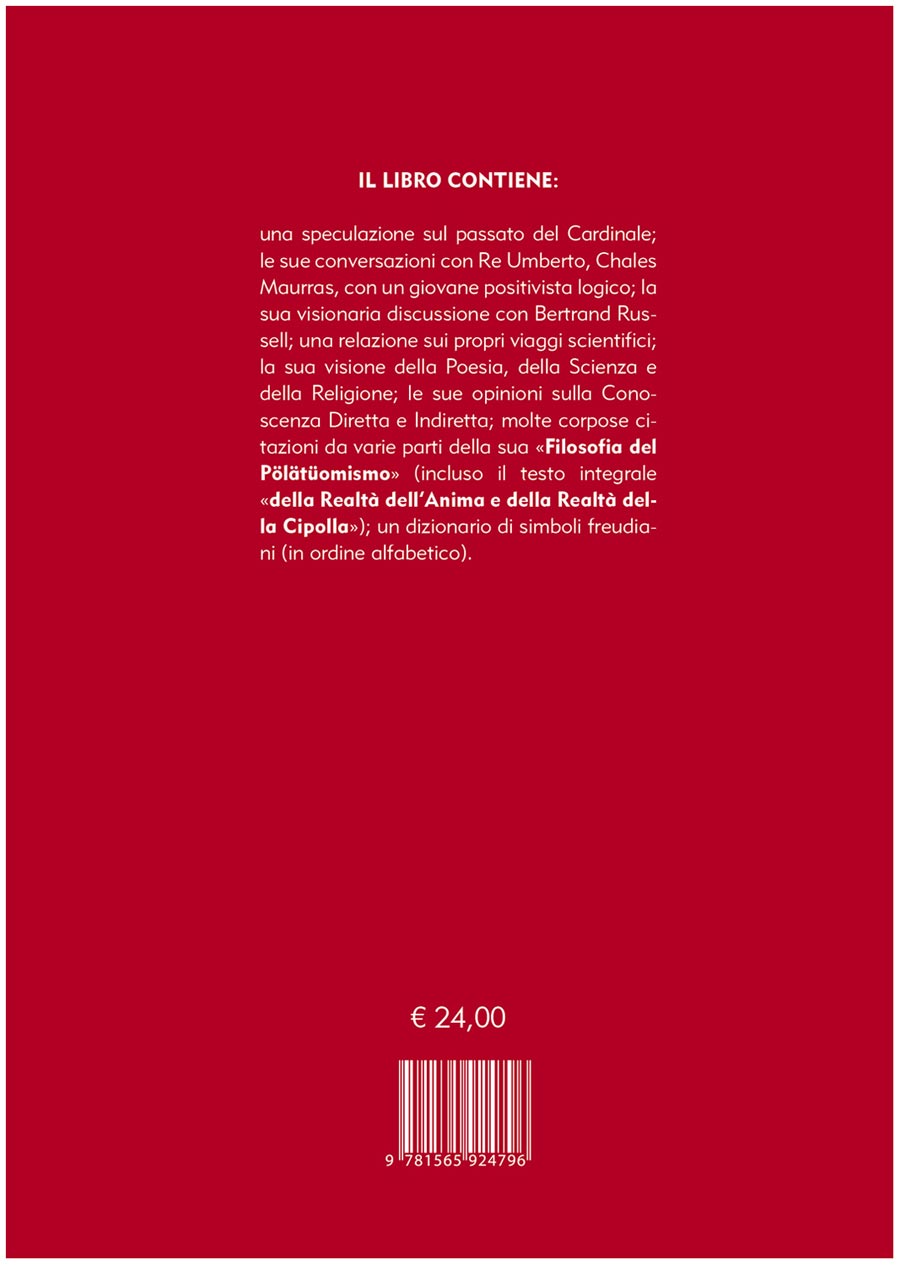 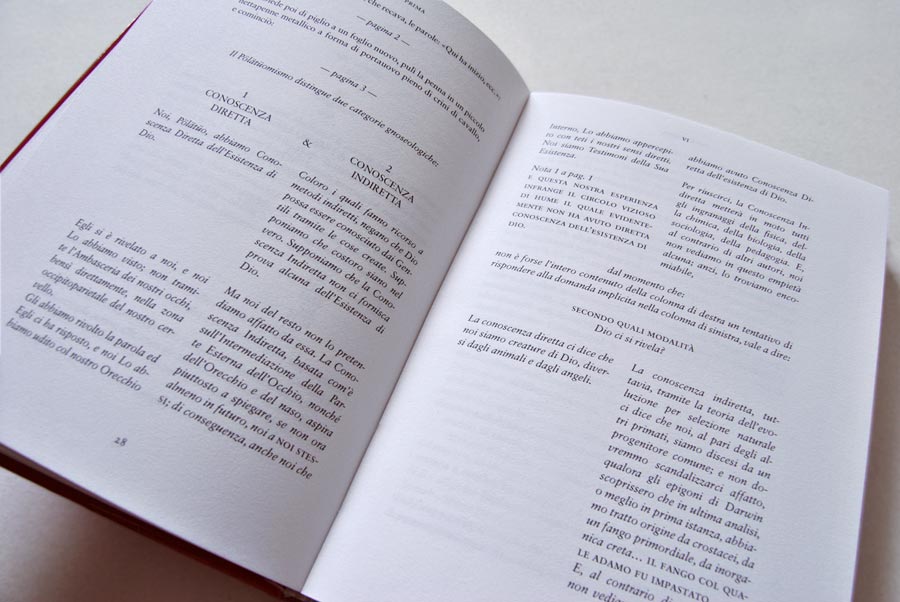 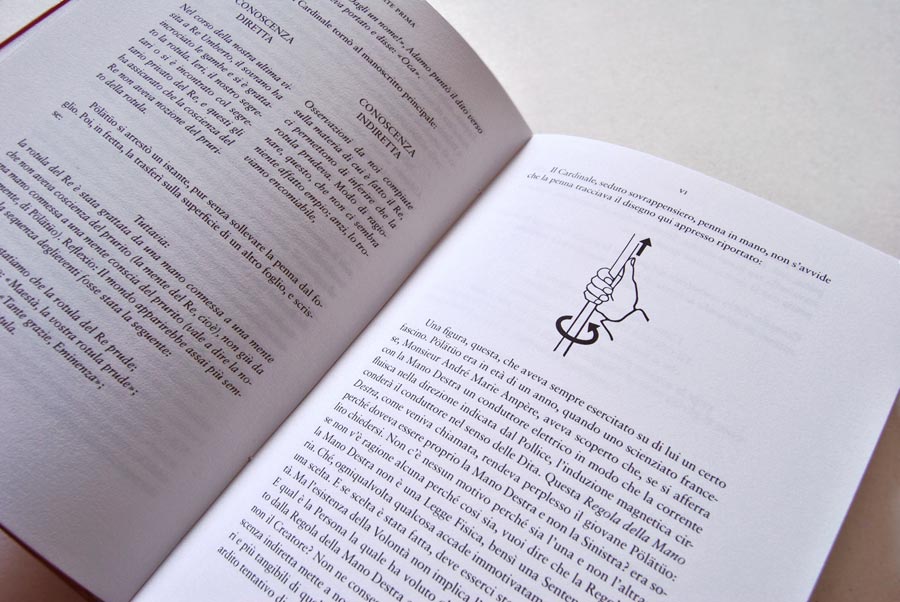 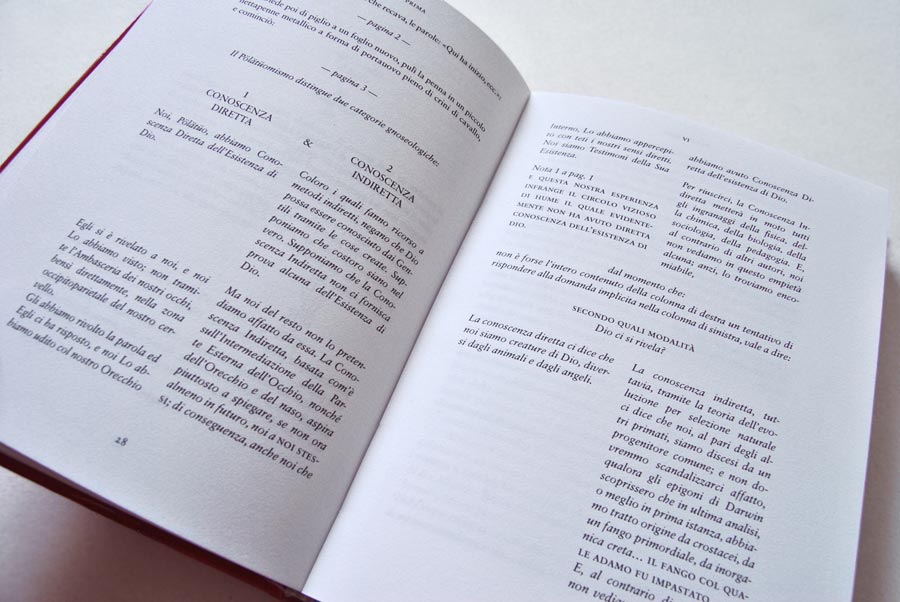 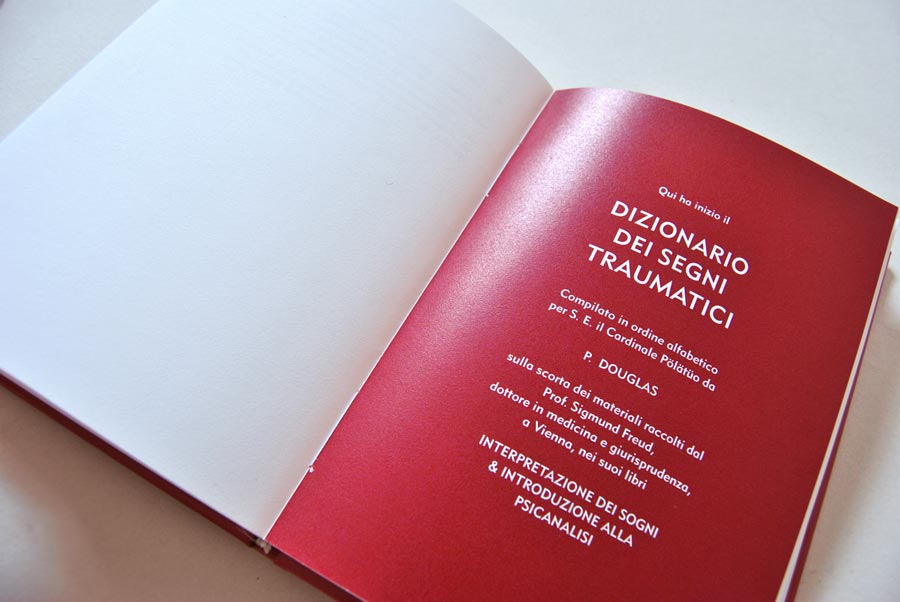 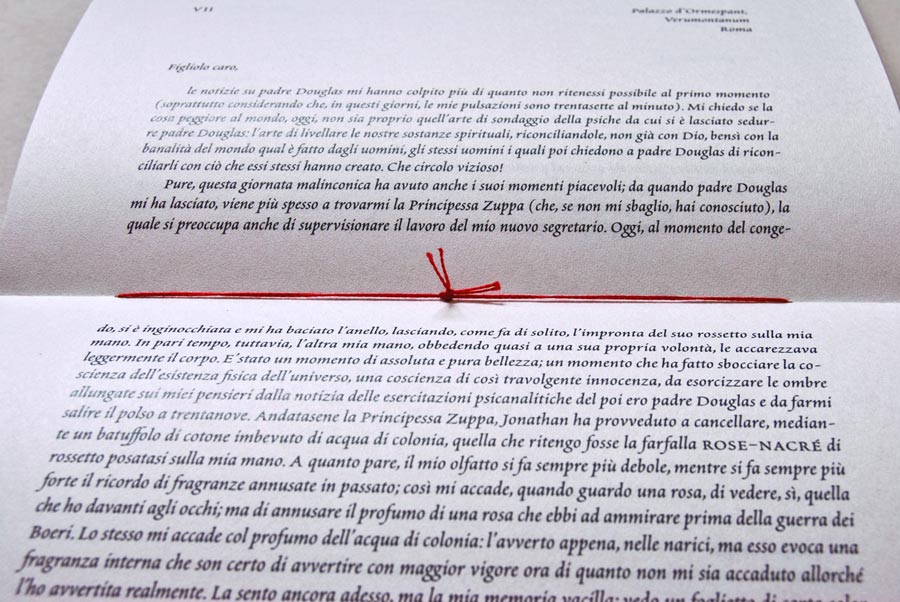